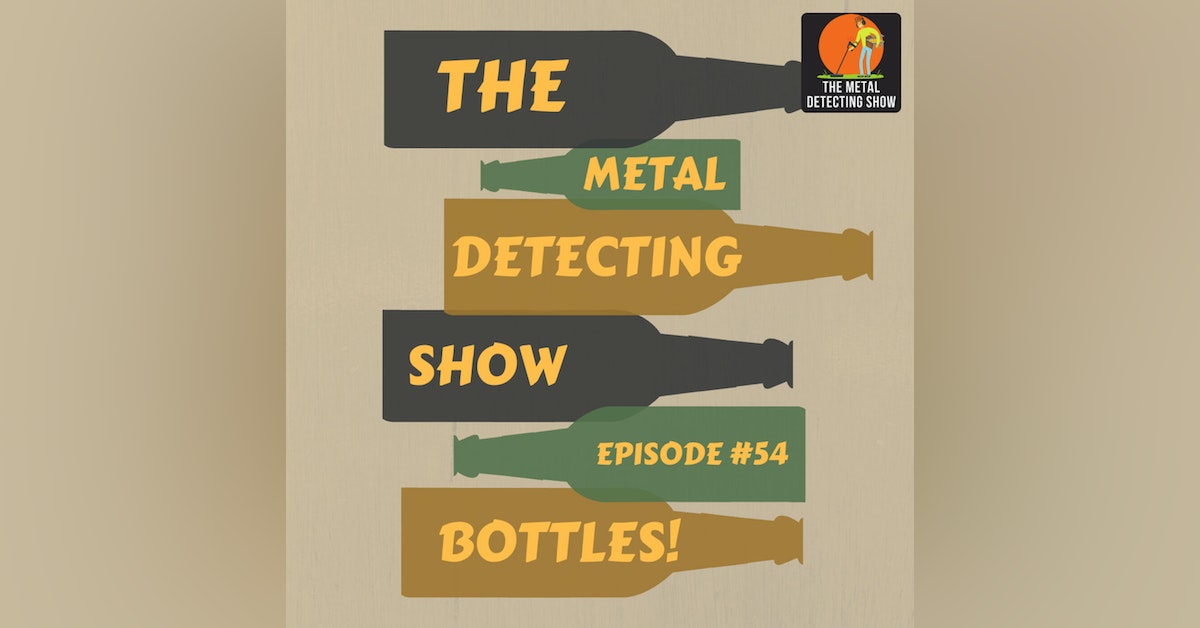 If you want to Interact with the show you can contact be via any of the social media platforms available below.

Happy Hunting and hello everyone thanks for listening to this weeks Episode starting with some updates from my world of metal detecting.

If you follow me on Instagram you will see that I had the find of this year and last year for that matter but Before I tell you what it was if you don’t know already.

I thought I had cursed myself there for a while because I knew when I started the podcast I would need to have some good finds to bring some form of ligatimacy to what im talking about because who will take advice from a guy who finds rubbish on the beach so yeah I thought I cursed myself as I have had very few great finds since I started the podcast and was wondering if the gods of detecting were not looking favourably on me or was it a case of those that do do and those that cant teach but at last this weekend I had a great find.

I found a sterling silver thimble from appoximatley the 1820’s making it 200 years old and still in good condition with a crack down one side and being slightly deformed but I love it.

It was the second signal of the day with the CTX and it nearly blew the head off me with a solid 1-46 on the VDI I spent the rest of the hunt second guessing myself about whether it was old or modern, silver or pewter as its condition was way to good to be on a beach for the last 200 years.

As soon as I got home I started my research the first thing I did was the spit test if you don’t know this im sure I mentioned it before but to test if something is silver spit on it and wrap it up in aluminum foil and it’ll heat up and give off a smell of rotten eggs and sure enough it did.

So I confirmed it was silver eventually braking my run of no silver.

so once I finished celebrating that little win I went about researching it and hit on a winner using the technique I talked about last week of using google image search which lead me to a pinterest page full of thimbles which linked to a page on rubylake.com and there it was my thinmble.

I was afraid to look and see the story behind the thimble but it was there in bold letters Highly collectable my heart was racing but I read on to discover that this was a thimble produced by Ketcham and mcdougall producers of high end silver items with a louis the 15th foliate pattern around the bottom of the rim.

It is beautiful and will be going on display is the metal detecting show meuseum which has now been moved from the down stair toilet to the sitting room or the good room as we call it in Ireland.

In Other news were two weeks into the giveaway and we sit at just over 2100 entries so thanks to all who have entered and promoted the podcast in doing so.

I have updated both my buy me a coffee page and patreon pages fleshing out the tiers so check those out as I will be sending out Limited edition supporter t-shirts, stickers and more to all future patreons and buy me a coffee supporters and I want to take this moment to give my latest bmac supporter a shout out so thanks to Brian,Mervin,Dale,Karl,Zack gdzag,Declan and wayne who have all bought me a coffee in the last while and whos support has gone towards upgrading my microphone from a cheapo condenser type to a dynamic broadcast quality one.

I hope you can hear the difference your contributions make.

And finally in other news I have been thinking what to do with all this content and I have decided that in the coming weeks I am going to write a kids book about metal detecting.

I have been thinking about it for a while and if you have been listening to the podcast you will know that it was a kids metal detecting book that influenced and shaped my early life so I thought that I should do that. So watch this space I want you to keep me honest and on task preventing the long finger of procrastination creeping in.

anyways on with the show.

So in the last few weeks in a effort to get the kids interested in the hobby I have been bringing them on little jaunts mudlarking with various success.

I do now have a huge stack of modern but antique inverted commas broken tiles but on the other side I did have my oldest son say to me that he thinks mudlarking might be his favorite new hobby just as he finds some old shoe leather sole possibly turn of the 20th century, so success but because of the kids new interest in mudlartking.

we have been spending a bit of time looking at Nicola white and si-finds on you tube if your listening to the show guys I would love to have you on for the craic.

Anyways we now have a fascination and hunger with looking for old bottles but most importantly we have our hitlist and that’s a Hamilton torpedo bottle very unlikley or most likely a blue poison bottle or even some stonewear to put on display.

I know I have touched on this before in episode 8 where I dedicate a paragraph talking about makers marks and pontil marks but as im in the bottle rabbit hole now I though I should do a specific episode on how to date or asign an age to a bottle.

Firstly you need to know how the bottle was made and look for signs of the manufacturing process.

was it hand blown or made by machine if it was hand blown it was most likely produced prior to the invention of the ABM or automatic bottle machine in 1892.

Hand blown bottles were produced by blowing molten glass into a wood or iron mold with the glass blower finishing off the bottle by adding a neck and lip by hand before the bottle cooled as you can imagine this was a very labour intensive process due to the high demand of glass packaging during the industrial revolution.

What physical attributes am I talking about well Colour, How it was closed, the base, the shape and what seam was left by the moulding process.

Starting with the seam, the seam is left behind by the moulding process and generally the older the bottle the thicker and rougher the seam will be, that’s why when you look at a modern bottle you can barely see a seam as advances in manufacturing technology has made this seam almost invisible.

If the seam travels throught lip of the bottle it is safe to say that that bottle has be produced post 1910.

However if the seam only travels to the neck but not the lip then this bottle was produced between 1880 and 1910.

You can see that the lip is an integral part of the aging investigation of bottles and there are other clues held in the shape and structure of the lip.

As I said previously the lip was added manually post moulding and were generally rough before the introduction of the lipping tool in 1880 but prior to that you can age a bottle by looking at its shape with a flared or sheard lip being popular between 1830 -1850, with a round band, a square band, taper, blob what ever that is, double collar and rolled lips popular from 1840 – 1870,

How the bottle was closed can give another clue to the age as corks were exclusively used since the 18 century till the addition of the crown tops in the 1890’s which were the norm till screw tops took over in the 1860’s and were fully adopted with the addition of the ABM.

you might wonder where all those glass stopper come from when you look at a bottle collectors collection or watch the mudlarks pick them up on youtube well glass stoppers were only used on bottles that were to be reused such as sauce bottles perfume bottles or wine decanters but can age as far back as 1500BC hense the  popularity.

Another stopper you will see people lose there mind over is the highly collectable vulcanite stoppers invented by henry barrett in 1872 these hard india rubber stoppers were used for 100 years and became highly collectable due to being molded with product manufactures logos and brands adorning the top.

These were still in circulation till the 1970’s and some people dedicate there lives to collecting them. I would like one in my collection.

The Physical shape of the bottle can have a clue to the age and when im talking about physical shape I’m including any embossing or makers mark or base shape here.

For example initial glass bottles had a base that was pushed up much like a wine bottle today but originated in the 1820’s and before 1855 bottle bases displayed an open pontil mark which looked like a rough irregular, colorless hole in the bottle’s base.

From 1845 to the 1860 makers started to use an iron punty rod which resulted in a reddish brown hue at the break point of the pontil mark.

From there we get into Key Mold Bottle Base between 1850 – 1870 this was a semicircle indent crafted at the base of the bottle. These styles of bases continued till the addition of the Owens Ring Bottle Base in 1904 which was fully utilised by 1917.

Embossing and Makers marks have been used since the beginning and are probably the easiest indicator to use to help date a bottle however these require a want in you to research them as there is too many variations to include in a years worth of podcasts but it is the embossing and makers marks that make these bottles so collectable and worthy of the time to investigate.

The hand-blown bottle era ended during the mid-1920s when machinery took over all bottle production. remember that all machine-produced bottles have their mould seams go completely upward over the bottle’s lip and for me a Hamilton Torpedo bottle has to be the holy grail of bottle hunters.