Why are tones so important when metal detecting 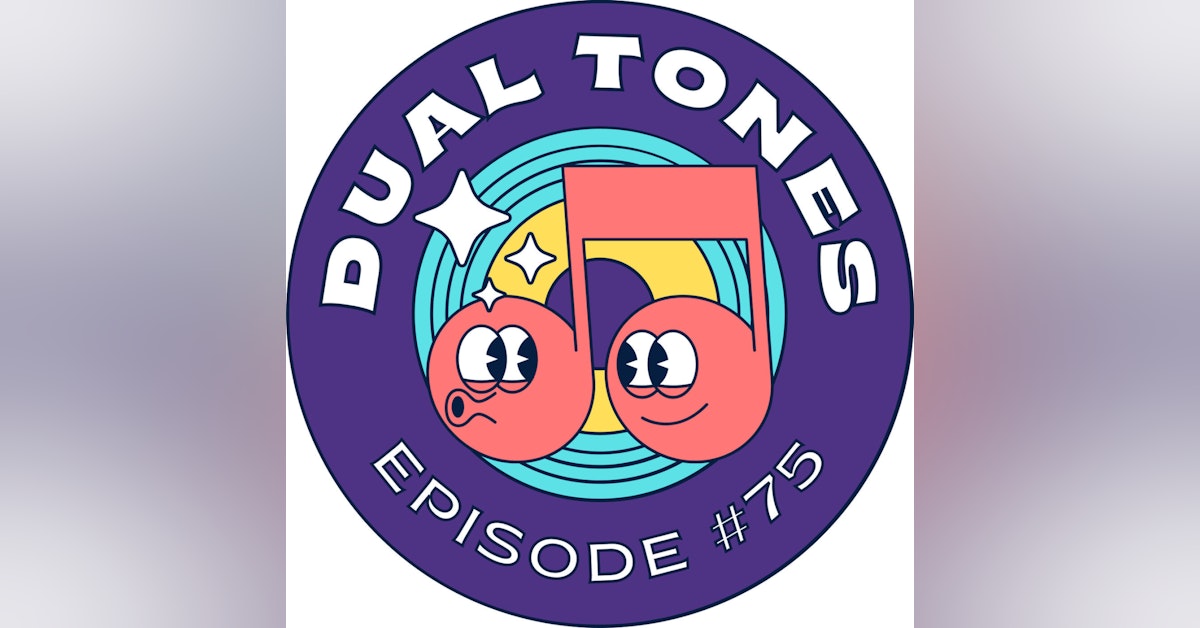 Hey Everybody. Welcome! To Episode 75 of the metal detecting show podcast. My Name is Ciaran and I have been Metal Detecting for nearly 30 Years. This week I want to chat about Tone’s, Buzzers, Bells and Nulls

Hey Everybody. Welcome! To Episode 75 of the metal detecting show podcast. My Name is Ciaran and I have been Metal Detecting for nearly 30 Years. This week I want to chat about Tone’s, Buzzers, Bells and Nulls

Hey Everyone welcome to the podcast,

I hope you had a great Week I hit the beaches again this week with enough coinage found to cover the coffees and diesel but my main goal was to keep up my search for a multi thousand euro ring that was lost on one of my favourite beaches,

how did I know that there was a very specific ring lost on a very specific beach well I just happened across a post on the local Facebook page asking people to keep an eye out for it.

So I saved the post with the hope of returning the ring and surprising the owner, I can see all now the pictures the fame its all for the taking.

So I got out and did a full on forensic search of the beach or at least part of it with the other side on the cards for next week.

Gridding and searching the beach returned a lot of good finds in fact I believe I dug up the least amount of trash I have ever dug on a beach as there was periods of time that I ignored a lot of trash signals while I covered a lot of ground looking for that specific target. Good day had by all I have to say.

In other News  I have had contact by our NOX winner the DIYDetectorist who wanted to let me know he is off to a flying start and has already recovered 4 gold rings, a silver bracelet, 2 silver rings and 3 silver chains plus loads of junker rings but the icing on the cake was that one of the gold rings found, a 1969 Class ring was successfully returned to its original owners family who were extremely happy with the return of the ring as it belonged to their Dad who had passed away in the early 2000’s.

What makes this story even better was that 2 weeks prior The DIY detectorist and his Cousin put out a call on local tv Channel 6 in Florida looking for the owner which resulted in the family calling in to the TV station so not one but two televised stories as the TV Station followed up a week later with the return of the ring an amazing story, and that’s what its all about folks Luck follow Luck and something as small as giving away a metal detector on a little podcast can have a small effect in some way on so many peoples lives. Well Done the Diy Detectorist your story really made my week month year so far.

In other News I see Aquachigger was in a spot of bother on youtube this week where a Middle eastern Channel was using some of chigs old content to produce a reaction video of some sort,

I haven’t seen it but the channel is all in Arabic so it may be there but what happened then was that the Youtube algorithm assumed because the Arabic channel was bigger at 6.5 million subs that the Chigs channel at 1.1 Milion subs was reposting the big boys content and issued 2 strikes I think against Chig which of course the Chig refuted and was able to over turn easily with originals of the videos,

This resulted in the other channel getting the strikes instead getting taken down for a bit but this then prompted the Arabic channel on its return to release a video slamming the chig and accusing him of dishonesty which of course resulted in the Chig issueing a reply where he outlined that he had did not issue strikes against the other channel but the algorithm did but also chig showed everyone the lengths he went to make it right even though he didn’t need to,

such as allowing the Arabic channel to use his content as long as he was credited which is normal practice but the chig was ignored and the strikes were issued resulting in this arabic’s fella channel being taken down for a bit Like I said.

It was all a bit crazy to see unfold and worrying to see the chig packing some heat on the video something I have never see before from the chig.

It seems to have died down thank god but we support you Chig and sorry that you had to go through that but thank god your still able to put up great content.

Anyways I think ived rambled on too much already and its time to get onto this weeks topic about tones which is at the request of a listener.

So to start tones are the most underrated and taken for granted features of a metal detector and I bet you don’t realise that there is so many attributes to your metal detectors tones that you can use but probably don’t or maybe not aware of.

Too Many of us are focused on what the VDI is telling us that we often fore go what the tones are trumpeting into our ears.

If I was to prioritise the indicators of a metal detector I would put the tones or sounds at the top of the list.

Ill go on to say if you’re a NOX owner you will see many videos online of people telling you that you need to dig everything and they layout all the finds and at what VDI they came in on.

Once I heard this statement over and over I knew that we needed to listen to the detector as the VDI is not helping us here And once it was confirm by digitwithWill that he does the same with his vanguish I started doing that immediately and my good finds to bad finds ratio shot up I was able to drill in to what targets were good or what were bad purely by the tones and how I had my detector set up.

A metal detector is nothing without its tones even in its simplest form of one tone much like a pinpointer it is useful in certain circumstances on or off target there or not there simple.

You generally use a multi tone dual scale with only one scale audible for example I will have my CTX set on the conductivity scale while the VDI displays the Ferrous content now this can be switched around any which way you want but it is important that you spend some time learning the tones and targets associated with them,

I do remember one hunt where I had been messing about with the tones only to have set my tones to coincide with the ferrous content resulting in me only digging ferrous targets needless to say that took a while to figure out.

I mentioned it there the 2 euro coin signal is not necessarily a good quality tone it just has a high amplitude that is a key indicator for me however in other cases quality can be supper important.

A good quality signal is not only about the note it makes but is it consistent in length and amplitude as well or is an iron tone bleeding in making it a scratchy tone.

Again it is key to spend time learning your tones and how you have set them up your  detector many have 5 10 15 20 or even 100 tones for you to configure and set up but my preference is 5, 1 for iron and 4 sliding up the conductivity scale and I cant or never will understand the option for 100 tones  if you use it please let me know but I couldn’t tell you the difference between tone 50 and 51 for the life of me.

So to wrap up briefly tones is more than the nice twinkly note’s it makes it’s the notes plus the amplitude plus the quality and consistency but also it’s the nulling or lack of a tone that can be key to helping you decide on whether to dig or not dig.

the tones your detector make is the most important indicator even more important than a VDI and to be honest sometimes I think I over rely on the VDI resulting in me digging too much trash.